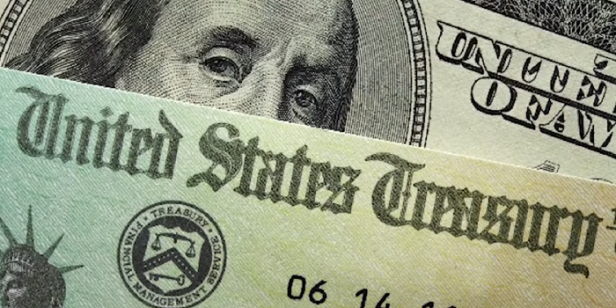 It is hard to recognize the USA by reading the headlines these days but let us not fool ourselves, this has been coming for a long time. Some will say since the Civil War, others since the days of Woodrow Wilson, others offer many other points of reference but it has been a slow process that perhaps is part of the contradictions of Illuminism whose better angels inspired the creation of the American Republic. “A Republic, if you can keep it” said Ben Franklin. Well, looks like we couldn’t.  The same Franklin said: “When the people find that they can vote themselves the moneys of the Treasury that will herald the end of the Republic.”  Well, some of that occurred but then something worse also happened almost at the same time. The kakistocracy learned how steal the money from the Treasury leaving only an I.O.U  that We The People will have to figure out how to pay.

The sudden appearance of Donald Trump in the political scene has caused many to have the idea that the USA can come back from roughly a century of egregious mismanagement. In my humble opinion, informed almost exclusively by common sense, this is the scenario we should all seriously consider: The US began gradually to develop as a commercial empire after the end of the Civil War. The Second World War allowed the US to take over the vast global network set up by the British Empire. England conquered the world but paid with its own soul. Weak men allowed Hitler to grow unchecked and eventually, history sent them the bill. They had to beg the US for help in exchange for what was left of the sea lines that had taken three centuries to secure. The Americans learned from their British forefathers one lesson, and they learned it well: “The business of America is business.”

So the British had to figure out a way to preserve what they could of the old glories. London applied its expertise using the remains of the Empire to bring cash in. The fiscal paradises of the Caribbean were born. Imported tea, spices, and china were out; organized crime, political corruption money were in. Those depositing the fruits of crime were not asked any questions as long as they did not ask for any legal assurances. A gentleman’s agreement. Thus money laundering was added to a long list of sins. But I digress.

After the war the USA made some good moves. When the Nixon administration ended, the US dollar was king, the world energy markets were de facto added to the American economy, the U.S. Navy controlled the seas virtually unopposed for many years. An age of unprecedented prosperity swept the USA and the Western world as the U.S. dollar became the world reserve currency. Being the only country that could print their own reserves unrestrained was too much of a temptation for politicians. Deficits grew. The thrifty Americans depicted by Mark Twain grew rare. The country started to live a diabolic illusion of easy money, easy sex, easy morals, instant gratification, etc. and the character of Americans rotted. The country once described as “an immense church” in the 1800’s lost its Christian faith and many grew hostile to it. A volume of immigration almost impossible to assimilate multiplied the ghettoes and negatively impacted employment. The national debt skyrocketed.

As years went by, some of the leaders of the invisible “powers that be” reached the conclusion that their empire could not survive in this way. They knew the system was exhausted. Some of them refused to see the signs. The violent hidden hand that made the US into a worldwide commercial and military superpower, the grantor of the Pax Americana  did not want to give up. There were some others who thought that it was time to return to the roots of American grandeur and wanted to peacefully and gradually disband the empire piece by piece. In the elections of 2016 those forces clashed. Donald Trump won with the slogan “Make America Great Again” as he wanted the US to survive by stopping those who were ransacking the sinking ship. He was opposed by the rulers of the empire who wanted to “Make the Empire Even Greater” by applying a greater dose of violence and deception to continue enforcing the imperial agenda. For the empire to survive, the United States had to go. For the sake of brevity we will call that group “The Outfit” –no offense intended to any mafia organization already using that moniker.

Nothing destroys a country faster than Socialism/Communism. Excuse me if I quote myself but I know no other suitable definition.

“Communism is an international criminal association led by individuals whose main objective is to gain political power to establish totalitarian rule and ransack the riches of the nation foolish enough to believe their lies or weak enough to fall under their sway.”

My own definition but the same can be applied to any movement –collectivist or not– promising something in exchange for total submission “for the good of the majority” etc. H. L. Mencken: “The urge to save humanity is almost always a false front for the urge to rule.” Now the Outfit needs the US out of the way. In my humble opinion, they will succeed albeit temporarily. The US is no longer useful to them. They are creating a new superpower, a collegiate international power without any constitution, pesky laws, or inquiring authorities. The members of the Outfit will be the legislators, the planners, the enforcers, and even gods themselves. Sovereign humanity will be abolished. Universal slavery will be instituted.

‘This calls for a mind that has wisdom: the seven heads [of the beast] are seven mountains on which the woman [the harlot of Babylon]  is seated; also, they are seven kings, of whom five have fallen, one is living, and the other has not yet come; and when he comes, he must remain for only a little while. As for the beast that was and is not, it is an eighth [king] but it belongs to the seven, and it goes to destruction. And the ten horns that you saw are ten kings who have not yet received a kingdom, but they are to receive authority as kings for one hour, together with the beast. These are united in yielding their power and authority to the beast;  they will make war on the Lamb, and the Lamb will conquer them, for he is Lord of lords and King of kings, and those with him are called and chosen and faithful.’ (Revelation 17:9-14)

In my opinion, that is the reason behind the asinine policies gradually applied by the US government roughly since 1958. It is quite interesting to notice how the same or similar forces began to take control of both the Catholic Church and the US at the same time. It makes all the sense in the world: to rob a strong man one has to tie him first. (Mark 3:27) The Traditional beliefs of the Catholic Church and the Constitution of the United States were strong referents that attempted to order the chaotic modern world. They were obstacles in the way of the Outfit and they had to be removed. It took decades of relentless cultural and political subversion, but it worked and the final move is about to happen. The American superpower will have to serve the Eighth King, the last expression of human governance on earth, a veritable adversary of God’s Kingdom because both kingdoms have opposite goals.

Where is the Catholic Church during this time of upheavals? She has been sent to the desert to be fed for a while. Out to lunch, so to speak. That is my humble opinion. I am about to reach my 20th year in the Church. I was baptized only a few weeks before the events of 9/11/2001 shook the world. Back then, I could see the events of today coming to us like the proverbial unstoppable freight train.

In the next post, I will share with you my impressions after two decades of being Catholic. In the meanwhile, remember two simple points:

Everything will be more than right in the end.

This is only the beginning of pains of affliction if we are to believe Our Lord.

Brace for the storm but always in hope.

“Like no other time in history, forces in our culture are driving us toward a rapid retreat from God and the tenets of faith. Lent is our time to decide who we are.” — Fr. Gordon MacRae

Oh my beloved St. Joseph, adopt me as thy child. Take charge of my salvation; watch over me day and night; preserve me from the occasions of sin; obtain for me purity of body. Through thy intercession with Jesus, grant me a spirit of sacrifice, humility, self-denial, burning love for Jesus in the Blessed Sacrament, and a sweet and tender love for Mary, my mother.
O Blessed St. Joseph, pray for me, that I may serve the Blessed Virgin Mary in her battle against the devil in these last days, always living her messages and answering her true call, so that the Immaculate Heart of Mary will Triumph in this world.
Finally, St. Joseph, be with me living, be with me dying, and obtain for me a favorable judgement from Jesus, my merciful Savior. Amen.