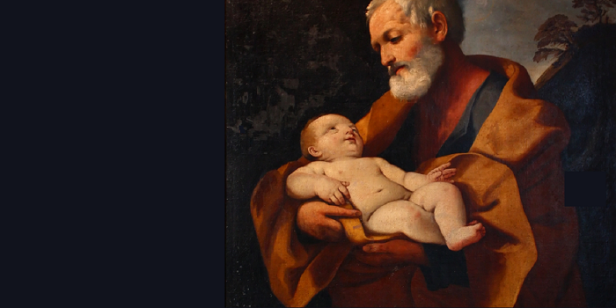 When they had departed, behold, the angel of the Lord appeared to Joseph in a dream and said, “Rise, take the child and his mother, flee to Egypt, and stay there until I tell you. Herod is going to search for the child to destroy him.” Joseph rose and took the child and his mother by night and departed for Egypt. He stayed there until the death of Herod, that what the Lord had said through the prophet might be fulfilled, “Out of Egypt I called my son.” (Matthew 2:13-15)

Hosea 1:1 and Matthew 2:15 are often read to us to remind us of the mystery of the Mystical Body of Christ. Ancient Israel and the Church are presented as two instances of the same reality, the Kingdom of God.

From the days of Abraham, Isaac, and Jacob, Israel carried the secret seed of the Messiah. After the Last Supper, the Church has the Eucharist: the Body, Blood, Soul and Divinity of Christ. Christ is the Kingdom and the Elect are the Kingdom. The Church in a mysterious equivalence is also the Mystical Body and the New Israel. When Christ was born, the Kingdom was born.

The dream of Nebuchadnezzar

While you were watching, a rock was cut out, but not by human hands. It struck the statue on its feet of iron and clay and smashed them. Then the iron, the clay, the bronze, the silver and the gold were all broken to pieces and became like chaff on a threshing floor in the summer. The wind swept them away without leaving a trace. But the rock that struck the statue became a huge mountain and filled the whole earth. (Daniel 2:35-36)

The idea of the Kingdom of God was given to the King of Babylon in a dream that was kept unrevealed until the prophet Daniel unfolded it and explained it. A rock was cut without human hands. That Rock is Jesus:

“And he who falls on this stone will be broken to pieces; but on whomever it falls, it will scatter him like dust.” (Matthew 21:44)

Therefore thus says the Lord GOD, “Behold, I am laying in Zion a stone, a tested stone, A costly cornerstone for the foundation, firmly placed. He who believes in it will not be disturbed. (Isaiah 28:16)

The dream of Nebuchadnezzar was a representation of how from Jesus, the Kingdom was to grow “to fill the whole earth.” Christmas is the representation of a different aspect of the same reality. that is communicated to Saint Joseph also in a dream.

This is how the birth of Jesus the Messiah came about: His mother Mary was pledged to be married to Joseph, but before they came together, she was found to be pregnant through the Holy Spirit. Because Joseph her husband was faithful to the law, and yet did not want to expose her to public disgrace, he had in mind to divorce her quietly.  But after he had considered this, an angel of the Lord appeared to him in a dream and said, “Joseph son of David, do not be afraid to take Mary home as your wife, because what is conceived in her is from the Holy Spirit. She will give birth to a son, and you are to give him the name Jesus, because he will save his people from their sins.” (Matthew 1:18-21)

Joseph learns that Mary was pregnant without human intervention. In the same manner, the rock in Nebuchadnezzar’s dream was cut from a mountain but not by human hands. Some men of that era expected the Messiah to be a strong man who would lead armies that would conquer the world for God. That could not be more wrong. The Kingdom of God is (forgive the redundancy) God’s affair. God will establish it the way He sees fit.

Joseph is trusted with this amazing news. God is going to have a Son, the Messiah, and he will be God because His Father is God but he will also be human because his Mother is a young Israelite as it was predicted by the prophet Isaiah. God had to provide a sign because His Kingdom was not going to enter the world with great fanfare but silently, surprising everyone. That sign is Mary Most Holy, destined to be the Queen of Israel.

Therefore the Lord himself will give you a sign: The virgin will conceive and give birth to a son, and will call him Emmanuel. (Isaiah 7:14)

In a dream, Joseph of Bethlehem is given the key to understand that sign. He will adopt this mysterious child and give him a name: Jesus Son of Joseph. One more time a Joseph will save Israel, one more time Israel will injure their Savior and God will turn that injury into salvation. (Genesis 37:1-44:9) Just like the first Joseph, this new Joseph will be someone who will hear God in his dreams.

According to the Gospel, our Saint Joseph is a “a just man” a man pleasing to the heart of God. In Scripture he is a silent man of action. I imagine Mary looking at him, at his strength and wisdom born of years of toil and hard work. I imagine Joseph looking back at Mary in awe of her pure beauty and her total consecration to the True God. Who would have said that the humble couple were the hiding place of God Himself?

But God was manifest in Joseph. God makes Joseph a silent man who will take care of the Logos Incarnate, the Word that uttered the Universe into existence. From all the matter that makes the unfathomable universe we live in, God has given Joseph and Mary a tiny piece of life, His life wrapped in flesh. Joseph the tekton will train his Jesus to work with iron and wood, to make plows to open the fields to the seed. Hidden in their work is the essential Aleph the first letter, the Alpha of the Greeks that later will be used by Jesus to identify Himself: “I am the Alpha and the Omega, the beginning and the end …” Expressed in Hebrew “I am the Aleph and the Tav …” where tav  is the Cross. The last letter of the Hebrew alphabet. The Cross that is also made of iron and wood, defined by Lucian as “the vile machine” where Our Savior chose to die, His sacrificial end. He is also saying: “I am the Plow and the Cross, the beginning and the end.”

The life of Joseph is the shadow of that oblation. In the last years of his life, Joseph will sacrifice everything. He will bear with Mary the shame of that inexplicable pregnancy. He will leave everything behind to seek refuge in Egypt. He will work and work as his body declines in strength, all the way to the end. Joseph is the high priest, a husband whose family is the altar upon which he will offer himself. He will leave this world with nothing but the sense that he has fulfilled his duty before God.

The Almighty trusted the first Christmas to that man, to Joseph. Good choice, good man.

This Christmas, think of Joseph. The Church and the world need men willing to be like him: silent, masculine men that can dream and work to make dreams happen.

4 thoughts on “God’s man for Christmas”