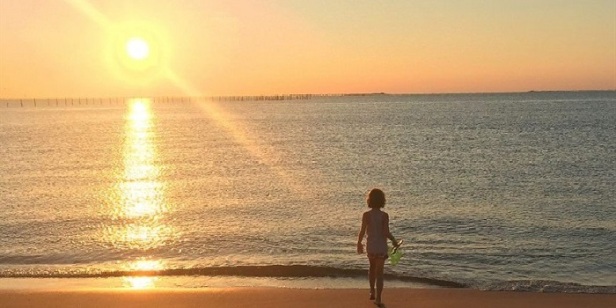 Do not be conformed to this world, but be transformed by the renewing of your minds, so that you may discern what is the will of God—what is good and acceptable and perfect. (Romans 12:2 NRSVACE)

A few days ago, I posted a purely speculative article based on a video presented by Mr. José Luis Gómez who had a locution of sorts while praying near the pines in Garabandal.

On 12 July 2017 Mr. José Luis Gómez declares to have been to the site of the apparitions in Garabandal, a small town of the Cantabria region of Spain. He says he heard a voice while praying, informing him that the remains of a certain pine split by lightning had some prophetic meaning:

Mr. Gómez thought he had been revealed the date of the Warning, or Illumination of Conscience. He calculated that event would take place some time between October 1 and October 13, 2019. Because October 13 is the anniversary of the Miracle of the Sun occurred in Fatima, Portugal in 1917, it was easy to infer that may be the day when the illumination of conscience would happen. But that was not the case. October 13 came and went without the Illumination of Conscience. That was not an uneventful day, by the way. The war in Syria intensified with the arrival of Turkish forces that moved in as the American forces left the area. Those who are familiar with the prophecies of the Gaon of Vilnius and Elder Paisios saw the pieces of their prophecies falling into place.

Those events would have gone unnoticed before the background of the never ending violence in the Middle East, save for what was happening in Rome. On October 7, the anniversary of the battle of Lepanto, while Vladimir Putin celebrated his birthday in Russia,  the now infamous Synod of the Amazon began its sessions scheduled to end on October 27.

Among the opening ceremonies, a number of indigenous people from the Amazon area performed a pagan ceremony in the Vatican Gardens with the assistance of the Pope and members of the curia. Later on, during Mass at the Basilica of St. Peter, pagan images and other paraphernalia were introduced at the celebration. One could imagine that Our Lord was not too amused seeing such violation of the First Commandment.

It reminded me of a part of the Old Testament that I haven’t revisited in a while.

The Abomination in the House of God

Then God said to me, ‘O mortal, lift up your eyes now in the direction of the north.’ So I lifted up my eyes towards the north, and there, north of the altar gate, in the entrance, was this image of jealousy. He said to me, ‘Mortal, do you see what they are doing, the great abominations that the house of Israel are committing here, to drive me far from my sanctuary? Yet you will see still greater abominations.’

And he brought me to the entrance of the court; I looked, and there was a hole in the wall.  Then he said to me, ‘Mortal, dig through the wall’; and when I dug through the wall, there was an entrance. He said to me, ‘Go in, and see the vile abominations that they are committing here.’ So I went in and looked; there, portrayed on the wall all round, were all kinds of creeping things, and loathsome animals, and all the idols of the house of Israel. Before them stood seventy of the elders of the house of Israel, with Jaazaniah son of Shaphan standing among them. Each had his censer in his hand, and the fragrant cloud of incense was ascending. Then he said to me, ‘Mortal, have you seen what the elders of the house of Israel are doing in the dark, each in his room of images? For they say, “The Lord does not see us, the Lord has forsaken the land.”’ He said also to me, ‘You will see still greater abominations that they are committing.’

Then he brought me to the entrance of the north gate of the house of the Lord; women were sitting there weeping for Tammuz. Then he said to me, ‘Have you seen this, O mortal? You will see still greater abominations than these.’

And he brought me into the inner court of the house of the Lord; there, at the entrance of the temple of the Lord, between the porch and the altar, were about twenty-five men, with their backs to the temple of the Lord, and their faces towards the east, prostrating themselves to the sun towards the east.  Then he said to me, ‘Have you seen this, O mortal? Is it not bad enough that the house of Judah commits the abominations done here? Must they fill the land with violence, and provoke my anger still further? See, they are putting the branch to their nose! Therefore I will act in wrath; my eye will not spare, nor will I have pity; and though they cry in my hearing with a loud voice, I will not listen to them.’ (Ezekiel 8 NRSVACE)

God does not miss much, doesn’t He? While the Vatican gets busy offending God with Pagan ceremonies, not too far from Rome the Syrian border with Turkey boils with a regional conflict that could easily spill over Europe with serious consequences for Italy and Vatican City, only a few hours away from the Syrian war theater.

So, Mr. Gómez was not that wrong after all. The pine that was hit by lighting and split represented not only a certain period of time but the emergence of a Catholic Church split in two between apostates and faithful believers.

If I am not mistaken, we will see how the wrath of God befalls the wrongdoers. Our Lady warned us that the cup of divine anger was almost full in 1917, and that it was overflowing by 1973.  The time for divine justice has arrived and who can escape His wrath?

Therefore hear this, you who are wounded, who are drunk, but not with wine: Thus says your Sovereign, the Lord, your God who pleads the cause of his people: See, I have taken from your hand the cup of staggering; you shall drink no more from the bowl of my wrath. 23 And I will put it into the hand of your tormentors, who have said to you, ‘Bow down, that we may walk on you’; and you have made your back like the ground and like the street for them to walk on. (Isaiah 51:21-23)

Peter denied the Lord three times the night of the Lord’s Passion.

Then they seized him [Jesus] and led him away, bringing him into the high priest’s house. But Peter was following at a distance. When they had kindled a fire in the middle of the courtyard and sat down together, Peter sat among them. Then a servant-girl, seeing him in the firelight, stared at him and said, ‘This man also was with him.’  But he denied it, saying, ‘Woman, I do not know him.’ A little later someone else, on seeing him, said, ‘You also are one of them.’ But Peter said, ‘Man, I am not!’  Then about an hour later yet another kept insisting, ‘Surely this man also was with him; for he is a Galilean.’  But Peter said, ‘Man, I do not know what you are talking about!’ At that moment, while he was still speaking, the cock crowed.  The Lord turned and looked at Peter. Then Peter remembered the word of the Lord, how he had said to him, ‘Before the cock crows today, you will deny me three times.’ And he went out and wept bitterly. (Luke 22:54-62)

The rooster crows just before dawn. Let that sink in. The Passion of the Christ is underway at the darkest hour, the hour before dawn. In the same manner we should expect a triple denial of the Lord, the Great Apostasy, to take place in the final darkness that precedes the end of the age.

The same happened at the hour of the Cross. The majority of the followers of Jesus went into hiding, abandoning their Master. That included Peter. Only one among the disciples, John, dared to stand next to the Cross with Our Blessed Mother and the women that followed Jesus. The dark and bitter hours that passed until the first Resurrection Sunday were soon forgotten when they all realized that Christ was alive and the dawn of the Kingdom of God was shining upon them.

The illumination of conscience may be upon us yet. Every soul will have to chose between light and darkness.

In our times, Peter has to deny the Lord three times. Then the rooster crows (universal illumination of conscience) and then the Passion of the Church takes place, the suffering path to a Glory Sunday that never ends.

19 thoughts on “Illumination of Conscience”