This article was previously published by the Lepanto Institute

For the wrath of God is revealed from heaven against all ungodliness and wickedness of those who by their wickedness suppress the truth. Ever since the creation of the world his eternal power and divine nature, invisible though they are, have been understood and seen through the things he has made. So they are without excuse; for though they knew God, they did not honor him as God or give thanks to him, but they became futile in their thinking, and their senseless minds were darkened. Claiming to be wise, they became fools; and they exchanged the glory of the immortal God for images resembling a mortal human being or birds or four-footed animals or reptiles. Therefore God gave them up in the lusts of their hearts to impurity, to the degrading of their bodies among themselves, because they exchanged the truth about God for a lie and worshiped and served the creature rather than the Creator, who is blessed for ever! Amen. (Romans 1:18-24 NRSVACE)

We have heard ad nauseam about “the synodal way”,  “walking together” and other code words and phrases full of noise and Marxism signifying nothing. “New paths for the Church and for an integral ecology” is all the rage now. The postconciliar rulers of the Roman Catholic Church, not content with presiding over the ruins of what was once a great Church, are now getting ready to apply their genius to the planetary ecology. May that long announced asteroid impact save us from the implementation of their deadly ideas.

The new concept of “synod” looks a lot like the old concept of “soviet,” a party apparatchik  governmental council in the now defunct USSR.  This synod of bishops of the Amazonian region will gather in Rome during October 2019 (from the 6th to the 27th). Many are expecting this to be the Catholic Church’s October Revolution because the decisions taken during this synod, will affect the totality of the Church and not only that region. The Instrumentum Laboris or working document for the gathering  of bishops announces from its very title the “new paths for the Church and for an integral ecology.”

The implications of this seemingly innocuous title gave me the shivers at first but now I am quite happy that this long awaited event is coming to fruition. Finally the universal inversion that marks the start of the end of the age is here! So, I rush to rejoice in obedience to Jesus’ words:

Now when these things begin to take place, stand up and raise your heads, because your redemption is drawing near.’ Luke 21:28

It won’t hurt to read that complete chapter in the Gospel According to St. Luke. (Luke 21)

This particular document, the Instrumentum Laboris, presents several problems that have been pointed at by better heads than mine. Eminent theologians have found serious defects in that document. I will only list them briefly.

Quoting from Sensus Fidelium video: Amazon Synod: ‘Walk with’ Christ not the Devil.

What I can gather from carefully considering these and other plainly heretical statements contained in the document is that an inversion of the natural order is proposed in two important aspects.

The first:  God created mankind to lord over nature.

The second: those who shepherd the Church are not to lord over the faithful like the rulers of the nations lord over those they govern.

That is how God arranged things from the beginning. The synod  is proposing a different arrangement in which man is nothing but a cogwheel in the vast mechanism of nature. The Instrumentum Laboris proposes to “walk together” in “new paths” to “live in harmony with the cosmos” — something that is objectively good but it is turned into something quite bad when we are told that living in harmony with nature and with our neighbors is sufficient to acquire salvation. Excuse my knuckle-dragging question but, what ever happened to nulla salus extra Ecclesiam? …  or to that “petrified doctrine” (petrified because of Peter?) found in Acts 4:12, “there is salvation in no one else, for there is no other name under heaven given among mortals by which we must be saved.” … just asking. It does not seem to me that giving divine status to nature is going to lead us to salvation. See Romans 1:18-24 quoted at the beginning of this post.

That is the first inversion proposed by these synodal brainiacs.  The consequences are plain to see. We have been bearing the news for too long of how they are giving to “the lusts of their hearts to impurity, to the defiling of their bodies among themselves.” I do not care what the synod proposes: I am heeding St. Paul’s warning, thank you!

Those who rule the Church must not lord over the flock

[…] Jesus called them together and said, “You know that the rulers of the Gentiles lord it over them, and their high officials exercise authority over them. Not so with you. Instead, whoever wants to become great among you must be your servant,and whoever wants to be first must be your slave — just as the Son of Man did not come to be served, but to serve, and to give his life as a ransom for many.” (Matthew 20:24-28)

Remembering the treatment received by the likes of Fr. Leonardo Castellani, St. Pio of Pietrelcina,  the Franciscans of the Immaculate and countless others, one can safely say that the late repression of dissent by the progressive curia — currently ruling the Vatican with an iron fist in a (rosy) velvet glove — is nothing new. Recently, Raymond Arroyo, a well known and respected Catholic anchor of EWTN’s The World Over, had to defend American orthodox Catholics against some serpentine comments coming from Rome. Arroyo commented that traditional American Catholics were being demonized by some who would like them to shut up and obey the marching orders from Rome. Arroyo said: “This is all a craven attempt to … purge voices from the Church who dare to question the radical changes underway and the brutal tactics used to enact them.” Emphasis mine.

The present ways of the curia resemble more the ways of the Soviet Politburo than the traditional apostolic ways. This is the second important inversion taking place in the Church. The servus servorum Dei acts more like a dominus servorum Dei,  expecting from the flock a vertical obedience resembling the loyalty Juan Peron demanded from his followers.

The current way of operating is not new. Luther argued that corruption in the Church demanded a reform, a new path, that only he could deliver. In the end, the real estate and other riches of the Church in Germany were plundered from the poor (its beneficiaries) and passed to the hands of the nobility.

The Communist took over Russia arguing that the people were oppressed and social injustice was rampant. So they graciously offered themselves to design a new path for the proletariat. In the end, the real estate and other riches belonging to the Russian Orthodox Church and the Czar were plundered and ended up not in the hands of the poor, but of Communist bureaucrats who lived the good life while the proletariat wasted the time of their lives waiting in line to buy bread.

The current excuse to shake the tree of prosperous nations and rob their fruit is “climate change” — a new religion in which ‘sustainable ecology’ is the main dogma, the environment is god and Al Gore is its prophet.

Expect material and spiritual losses. This new raid is not going to be limited to Germany or Russia. This one is going to be global. Prepare to give your life savings to the Revolution. These thieves are not going to be content with just thirty cycles of silver.

I takes a pillage. 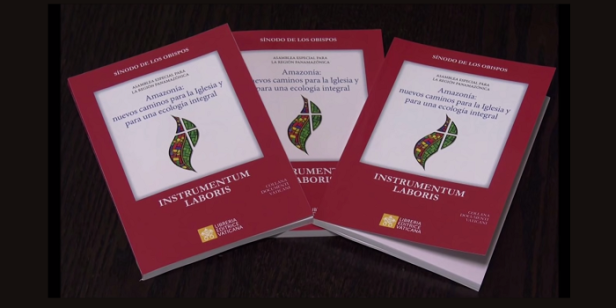 7 thoughts on “The Roman October Revolution”