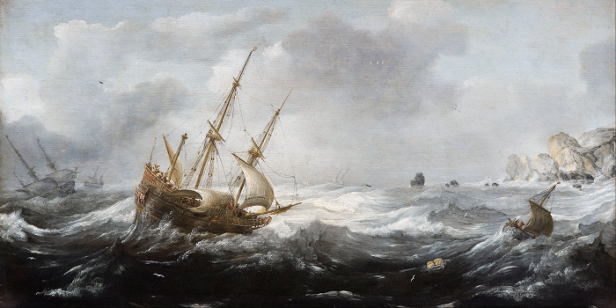 The United States had its most recent Presidential Election last November 2016. To use a common American expression: the Western World “dodged the bullet” that night. Those following my blog may remember that several rather obvious signs appeared to announce the debacle of the Democrats. For starters, hurricane Matthew pounded South Florida about the same time President Obama and candidate Hillary Clinton were to address the masses gathered at some Dade County stadium.[1] In Puerto Rico, a coconut palm allegedly planted by Our Lady in 1909 had produced fruit for the first time shortly before falling under hurricane Maria (it’s in the papers, I am not making this up!) Allegedly, Our Blessed Mother told a number of faithful in 1909 that the tree would last “almost” until the end of times and would produce fruit once before falling. Note for those not familiar with the Caribbean climate: I was told that it is very unusual for a coconut palm to grow at high elevations, and that type of palm only produces fruit if planted in coastal areas. So, that was a miracle within a miracle so to speak. Of course the alleged ten-year visit to Puerto Rico by Our Blessed Mother is NOT a Church approved apparition, although at least one local bishop approved it only to be ecclesiastically disciplined later for doing so.[2] I include it here mostly to illustrate my point: signs of the Democratic defeat were rather dramatic and abundant.

During the Democratic National Convention of 2016, the audience booed the name of God during the opening prayer. Many may see no connection between that and the resounding defeat of their presidential candidate, plus the chaos that seems to dominate the party even after their modest victory in the elections of 2018 when they managed to pick themselves together and win a majority in the House.

I mentioned —and I hope I am not exaggerating— that the West dodged a bullet in the American Presidential Elections of 2016. I have serious reasons to think that way. Since Ronald Reagan left the White House, the globalist faction (that comprises a good portion of both the Democratic Party and the GOP) began a “de-constructive” process that lasted two decades and four American administrations. Should Mrs. Clinton had been elected to succeed Barack Obama in the White House, these are some of the changes that could have followed.[3]

Again, I am not making this up. I picked up that imperfect and incomplete list of items from the news that reach me here in Buenos Aires. I am sure any of you could add an item or two to the list!

The political left had serious intentions of moving the U.S. towards those goals, perpetuating the agenda that was gradually implemented since the day President Ronald Reagan left Washington D.C. The world at large would have followed, as usual.

I am not a political analyst but as far as I can understand, I am able to affirm safely that Donald Trump won the presidential contest and through much travail he managed to begin disentangling the maze of laws and regulations that had the U.S. economy pinned to the ground for decades. His political adversaries have fought hard to stop President Trump from undoing what took them decades to assemble. The political battle rages as I write this.

Meanwhile at the Church …

At the same time, the Catholic Church is struggling (or should be struggling) with a crisis that has many ramifications that threaten to choke the life off the institution. The sex abuse scandal affecting the Catholic Church could be resolved at any time by simply removing the culprits. At this point I can affirm that will not happen —if it was going to happen, it would have happened by now— and the solution is not coming because the scandal is useful. The homosexual crisis boiling under the surface is the root of all the scandals and yet, as long as the scandals keep popping up, no one will have the time and clarity of mind to look for the underlying cause.

The media acts as an amplifier that distracts those who have the power to do something. It is becoming rather obvious that a confederation of the Modernist, Masonic, and Communist infiltrates are now the dominant force operating in the Church. As long as the public keeps looking at the miserable scandals being exposed, those forces can operate safely and continue the demolition derby. That is the reason they infiltrated the Church in the first place: they want to demolish it, raze it to the ground. So the order of the day for the wrecking crew is to keep the scandals rolling, the money compensations going, and the asset liquidations to continue non-stop along with the abuse.

“The Catholic Church is an institution I am bound to hold divine — but for unbelievers a proof of its divinity might be found in the fact that no merely human institution conducted with such knavish imbecility would have lasted a fortnight.”[4]

The problem we have now is that unbelieving and destructive imbeciles have replaced the believing ones. This Hydra seems to have so many heads that, to the best of my belief, it can only be defeated by supernatural means: prayer and fasting. (Mark 9:28-29) That is because the present hierarchy in the Church is not merely incapable of solving it. The will to solve the problem is not there. We do not see the majority of the top brass working hard to solve the crisis. If they were doing that, we would see the fruits of their labor. The truth is that both the actions of the hierarchy are perpetuating the crisis because —most obviously— they do not have the slightest interest in ending something that is useful to their purposes.

I cannot offer a conclusion but I think we have an infiltration problem both in the civil government organizations of the West and in the Catholic Church. The importance of the Catholic Church cannot be denied but other Christian organizations have been infiltrated and neutralized as well. This is an operation that has survived through several generations and it is likely to last still for many years unless there is supernatural intervention.

What to do? Besides praying and fasting I can only offer one more suggestion. All of us must go and drink from the deep wells of our Christian Faith. Enough with being a weekend Christian, a wishy-washy faithful who ignores everything except the most basic truths. We have to become “lean and mean” evangelizing machines, we have to go into the deep “duc in altum” since we may end up being the vessels where the true faith is preserved. (Luke 5:4)

I leave you with two of my favorite Catholic quotes (although one comes from T. S. Eliot, an Anglican) that I hope will comfort my kind readers in this dark hour:

“The World is trying the experiment of attempting to form a civilized but non-Christian mentality. The experiment will fail; but we must be very patient in awaiting its collapse; meanwhile redeeming the time: so that the Faith may be preserved alive through the dark ages before us; to renew and rebuild civilization, and save the World from suicide.” (T. S. Eliot, Thoughts After Lambeth, written in 1931)

“The error of the Progressives resides in rejecting the necessity of working for the implantation of a Christian social order. In doing so they are obliged to accept the lay city, Liberal, Socialist, Communist. The root of their error and their deviation from Christian progress lies in seeking the alliance of the Church with modernity.” (Fr. Julio Meinvielle, From the Kabbalah to Progressivism ca. 1971)

[1] See A Storm of Coincidences and A Hidden Sign of Victory.

[2] See Our Lady of Mount Carmel in Puerto Rico, by Vionette Negretti.

[3] Taken from The Case for Trump, an address given by historian Victor Davis Hanson at the Freedom Center West Coast Retreat on April 5-7, 2019.

[4] A comment made to William Temple, quoted in The Life of Hilaire Belloc by Robert Speaight.

One thought on “Dodging the bullet”