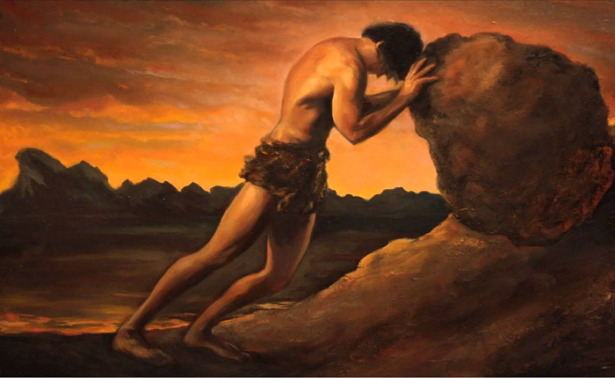 The New Testament is scattered with references to the hypocrisy of the Jewish cultural and religious leaders at the time of Christ. It is probably worth taking a moment to contemplate the nature of their hypocrisy, because we in the West are increasingly under the burden of political correctness. A recent poll in the US indicated that 58% of the population are afraid to express their true political convictions. This is in line with my own experience. I would guess the number is somewhat higher for those with intact religious convictions. How has it come to the point in a supposed democracy, that the majority of citizens are afraid to speak their mind about the most important matters in their life?

I believe the key to the answer is found in the Gospel reading (Matthew 22:36‐40) when Jesus was asked by leaders attempting to trip him up, “what is the greatest or most important law?” They had previously tried to get a usable condemnatory sound‐byte on the question of whether it was permissible under Jewish law to pay taxes to Caesar. That trap was set and it seemed there was no escape, but the prepared outrage, the rending of garments, the accusations, the false witness, and calls for His destruction would have to wait for a more propitious occasion. Maybe this was the time. No matter the answer, they assumed, they would have Him.

There were more than 600 laws to pick from and any selection would seem to diminish the others. That would be all that was needed for the shouting to begin. Jesus turned the trap upside down by teaching that the greatest law was love of God and the corollary was that individuals should love others as themselves. The Jewish leaders never saw it coming. They hadn’t prepared a counter‐argument. Jesus stepped aside from their trap and offered them an amazing revelation in response, one that redefined the nature of human laws. The prepared outrage and all of the rest would have to wait until Jesus was brought before the Sanhedrin at a time when He had decided in obedience to His father that the trap was no longer to be avoided.

If one cuts away all of the clutter, the Pharisee’s biggest flaw in their understanding of the law was that they put form before people. The Pharisees claimed Mosaic authority for their interpretation of the law while the more socially prominent Sadducees claimed priestly privilege. Either way, the law for both was a kind of idol. The law must be served. The form of the law was shaped as a yoke. The armature of that form, its hidden skeleton, was earthly power. The outer covering of the law, the visible part, was made of rules. The rules had their origins in prohibition mostly. There was a lot of “thou shalt not” and not much “thou shall”. But what had been forgotten since the time of Moses, or perhaps never fully appreciated, was that
the prohibited acts were offenses against love.

Jesus made this plain in another New Testament passage, when he was accused of healing a man on the Sabbath. Jesus told his accusers that it would be expected that someone would make an effort to save a valuable farm animal even on the Sabbath, because “the law is made for man, not man for the law.” The accusers were so zealous, so stuffed with self‐importance that His simple but profound words about the nature of law could not penetrate.

The religious leaders of that time imposed the law strictly and they did so without love. The yoke was for the people. Once in harness and yoke, the people could be driven as it pleased the religious leaders. The yoke, fashioned of guilt gave the interpreters of the law power over others. Jesus called the scribes and the Pharisees, those that haggle in the law, “whited sepulchers”. Their virtue signaling made them appear as bright, polished stone on the outside ‐ the very finest marble, and yet, inside was nothing but death, decay and un‐fleshed bones. The image speaks to us today because it is a pretty good description of the demand to be politically correct. Political correctness is a set of Pharisaical rules for conduct based on abstract notions of a morality founded on desires (called “rights”, but rights ephemeral that never existed before last week) and love isn’t in it. Other people are to be used in the name of desires (called rights) sexually, monetarily, and emotionally. What I want, someone should provide. It is actually counter to love, centers the universe on the individual and makes human dignity a political demand rather than an indwelling. Those who fall outside the moving boundary of what is politically correct have no dignity, have no rights, and may be openly hated, and punished without limit. The unborn are the largest group of humans to be deprived of dignity, and the universal and historical right to life. They are deprived of their natural rights in the name of “rights” based solely on desire.

The whited sepulchers of our time, who tweet and twitter and take to their cameras, microphones and keyboards to gnash their teeth, rend their garments, cry outrage, and demand destruction of those who haven’t kept in lockstep with the latest fashion in approved thought, are blind to the corruption within. From time to time, the stink of death leaks out from them in spite of their endless virtue signaling. One of them will be exposed as a sexual predator, a corrupt official, a mutilator of the unborn, a seller of body parts, a seller of political advantage, a perjurer, a false witness, and so on through all of the permutations of what were traditionally known as the seven deadly sins. And yet! And yet! They have a plan to end poverty! They have a plan to end differences between people! They have a plan to save the planet! If only we would slip on their yoke, and all pull together in unison, in lockstep, while they sit encushioned above us with one hand on the whip, why, can paradise be far away?

To paraphrase the Master, what does it profit one to save the planet at the loss of one’s soul? He told us that his yoke is light and that His yoke is sweet. It is so because His law is fashioned of love. Our cultural leaders (they are not religious) tell us that we are deplorable, that we are haters, that we are judgmental, undeservedly privileged, flagrant abusers of precious natural resources and oppressors of women, widows and orphans while they flit about the planet in private jets, spend our unborn grandchildren’s money without their consent, make it a policy to destroy  family relationships, call pornography “protected political speech”, issue directives without the consent of the governed, use divide and conquer techniques to rouse one identity group against another, ensure that there is never a moment of domestic peace and tranquility, and cover obvious failure with lies, misdirection and threats. This is so because their law is based not on love, but on its opposite, selfishness.

2 thoughts on “Their yoke is heavy and bitter”