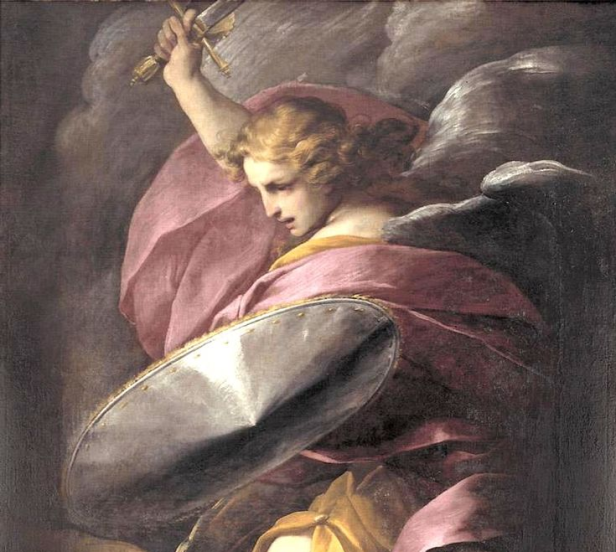 The name Harvey is of Gaelic origin. In ancient Gaul the name was connected to the Celtic words for battle, strong, worthy, and ardent, fiery, flaming.  A battle worthy sword, and ardent sword used pretty much the way “hot” is used by American teenagers to describe something worthy of admiration. Used commonly during the Middle Ages, this ancient surname — one of the earliest on record — is of English and Irish origin. The name has two possible sources, the first being from the Breton personal name Aeruiu or Haerviu, composed of the elements haer, meaning battle/iron, and vy, worthy. It may be connected to the Etruscan [1] it is easy to connect to the English iron, Spanish hierro, etc. in most Romance languages the word is also used for sword. Taken from Celtic isarnon, which ultimately comes from Proto-Indo-European is-(e)ro– powerful, holy and finally is strong, referencing iron’s strength as a metal. [2]

To make this long story short … Harvey is the equivalent of ardent iron or flaming sword.

The etymology of the name reminded me of the Angel of Penance described by the visionaries of Fatima when they saw the hill with the rough hewn cross where a “Bishop dressed in white” is executed with arrows.  In the vision they also saw an Angel with a flaming sword exclaiming: “Penance, penance, penance.”

As I write this, Hurricane Harvey is still punishing the Harris County metropolitan area after landing in Corpus Christi and veering straight towards Houston. That seemed to me a very interesting parable since Corpus Christi means “Body of Christ” that is to say the Church, and Houston has “one of the first openly gay mayors of a major U.S. city, with Houston being the most populous U.S. city to elect an openly gay mayor” according to Wikipedia. Let us pray for everyone in Houston, Victoria and Corpus Christi.

Is this really a parable?  I’d say so. Judgment starts by the house of God, the Church, the Body of Christ. The gentiles follow right after.

1 Peter 4:16-19  – Do not consider it a disgrace if any of you suffers as a Christian  but glorify God because you bear this name. For the time has come for judgement to begin with the household of God; if it begins with us, what will be the end for those who do not obey the gospel of God?  And ‘If it is hard for the righteous to be saved, what will become of the ungodly and the sinners?’ Therefore, let those suffering in accordance with God’s will entrust themselves to a faithful Creator, while continuing to do good.

[1] a. Klein, Dr. Ernest, A Comprehensive Etymological Dictionary of the English Language, Amsterdam: Elsevier Scientific Publishing Co., 1971. b. Urbi ferrō flammāque minitatus est. He threatened the city with fire and sword. Ferro incumbere. To fall on his sword. 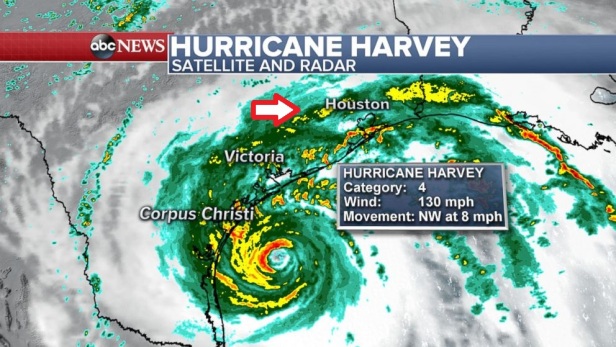