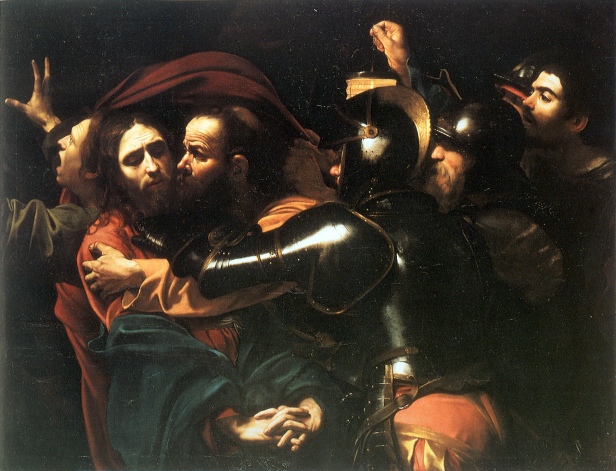 Who could have imagined, back then, the real meaning of the words of the prophet Isaiah? Not Isaiah himself, not even those who were present at Calvary that first Good Friday.

“See, my servant will act wisely; he will be raised and lifted up and highly exalted. Just as there were many who were appalled at Him — His appearance was so disfigured beyond that of any human being and His form marred beyond human likeness — so he will sprinkle many nations, and kings will shut their mouths because of Him. For what they were not told, they will see, and what they have not heard, they will understand.” Isaiah 52:13-15.

This last Good Friday during the reading of the Gospel I began to catch glimpses of several scriptural counterpoints. I was trying hard to understand although I must confess that the more one looks, everything turns more marvelous and more complicated. That is God’s signature. That is His way to let us know not only that He is in charge but also that only He could be in charge. This is what I could glean as the images in the Gospel were presented to me as the Mass readings progressed.

“Now Judas, who betrayed him, knew the place, because Jesus had often met there with his disciples. So Judas came to the garden, guiding a detachment of soldiers and some officials from the chief priests and the Pharisees. They were carrying torches, lanterns and weapons.” (John 18:2-3)

It is now the eleventh hour and the forces of darkness come after Jesus who is the Light. Soldiers armed with swords, clubs, and fire to light their way at the darkest hour of night come seeking to capture the man who is all light and peace. Even those forces have to avail themselves of some light; they need at least a bit of knowledge to fulfill their destructive mission. That is Judas’ role in this miserable complot: to inform the evildoers with just enough knowledge to find their target. Why is Judas there? “The Lord has made everything for its purpose, even the wicked for the day of trouble.” (Proverbs 16:4) God is good and He does not keep what is good for Himself, He is also a benefactor and all He gives — even what is apparently bad — produces a benefit in the end. On the other hand, evil always ends up empty handed producing nothing of benefit, in fact producing nothing. Judas is there as a model, a strange gift of God to let us know what a bad bishop is like: he carries a bit of light, a bit of true knowledge, enough authority misused to lead the blind all the way to damnation.

‘Jesus, knowing all that was going to happen to Him, went out and asked them, “Who is it you want?” “Jesus of Nazareth,” they replied. “I am He,” Jesus said. (And Judas the traitor was standing there with them.) When Jesus said, “I am He,” they drew back and fell to the ground.’ (John 18:4-6)

Now the evil crew has finally arrived. Not knowing what they will have to face, they come prepared with weapons ready. Jesus is not armed although He “is knowing all that was going to happen.” Here is a strong clue that the Hand of God will be mysteriously guiding all events as usual, even when the events appear to be a terrible defeat for the forces of good. Jesus then identifies Himself: ἐγώ εἰμί that is ego eimi, “I AM” the very sound of the Name of God given to Moses before the burning bush:

The very power of the unutterable Name, the Word that made all creation knocks the forces of darkness off their feet, rendering their weapons and fire useless. And yet they try again.

Again he asked them, “Who is it you want?” “Jesus of Nazareth,” they said. Jesus answered, “I told you that I am He. If you are looking for Me, then let these men go.” This happened so that the words He had spoken would be fulfilled: “I have not lost one of those you gave Me.” (John 18:7-9)

A few weeks before Jesus had explained the very core of His mission to His followers saying:

God continues to be in control, even when everything appears to crumble apart. Jesus will not lose those given to Him by the Father. To human eyes everything seems to be lost for Jesus and the disciples but in reality Jesus is gathering and protecting them. In front of Jesus are the damned; behind Jesus His disciples are saved. The Lord has already began to divide mankind between those who scatter and those who gather and yet His followers are confused, they believe the Church ends there with that unimaginable act of violence, the killing of the original source of life.

Then Simon Peter, who had a sword, drew it and struck the high priest’s servant, cutting off his right ear. (The servant’s name was Malchus.) Jesus commanded Peter, “Put your sword away! Shall I not drink the cup the Father has given me?”

Peter makes another mistake. Back in Caesarea Jesus had rebuked him for arguing against the Cross (Matthew 16:21-23) and later at the Transfiguration Peter had proposed building tabernacles for Moses and Elijah, thus confusing a vision with his own everyday reality. Peter will continue making mistakes that night but all those errors have one single root: the leader of the apostles has not learned to think according to the new realities being revealed to the Church by Jesus. He will continue to struggle with that tendency all his life but Jesus will be there to help him correct the course every time.

Finally Jesus is taken before the religious authorities.

Then the detachment of soldiers with its commander and the Jewish officials arrested Jesus. They bound Him and brought Him first to Annas, who was the father-in-law of Caiaphas, the High Priest that year. Caiaphas was the one who had advised the Jewish leaders that “it would be good if one man died for the people.” (John 18:10-14)

Annas was the real High Priest and not Caiaphas. It is important to remember that the Romans made Caiaphas a temporary High Priest. They did not want anyone to  hold a lifelong priesthood because that was considered an exclusive attribute of their Emperor.

Perhaps this is a prophetic model of the end times when the Antichrist will try to control or even appropriate the Papacy for himself. It looks like the events of that night are going to be played again when the Passion of the Church finally comes.

Going back to that night, a false High Priest is about to judge the Eternal High Priest. Meanwhile, outside “warming himself by the fire” was the freshly appointed High Priest of the New Covenant: Peter. He is confused, as circumstances have completely overwhelmed him. He is way over his head, powerless and out of his element. He does not know that, in the darkest hour of the night, he is about to deny his Master three times before the morning comes. Now we know that was the moment when the Church was being born and yet, darkness and confusion seem to envelop everything, all appears to be lost.

But God is in control and, only a few hours later, at three in the afternoon the light of His truth will begin to conquer the world.

3 thoughts on “The hour of darkness”